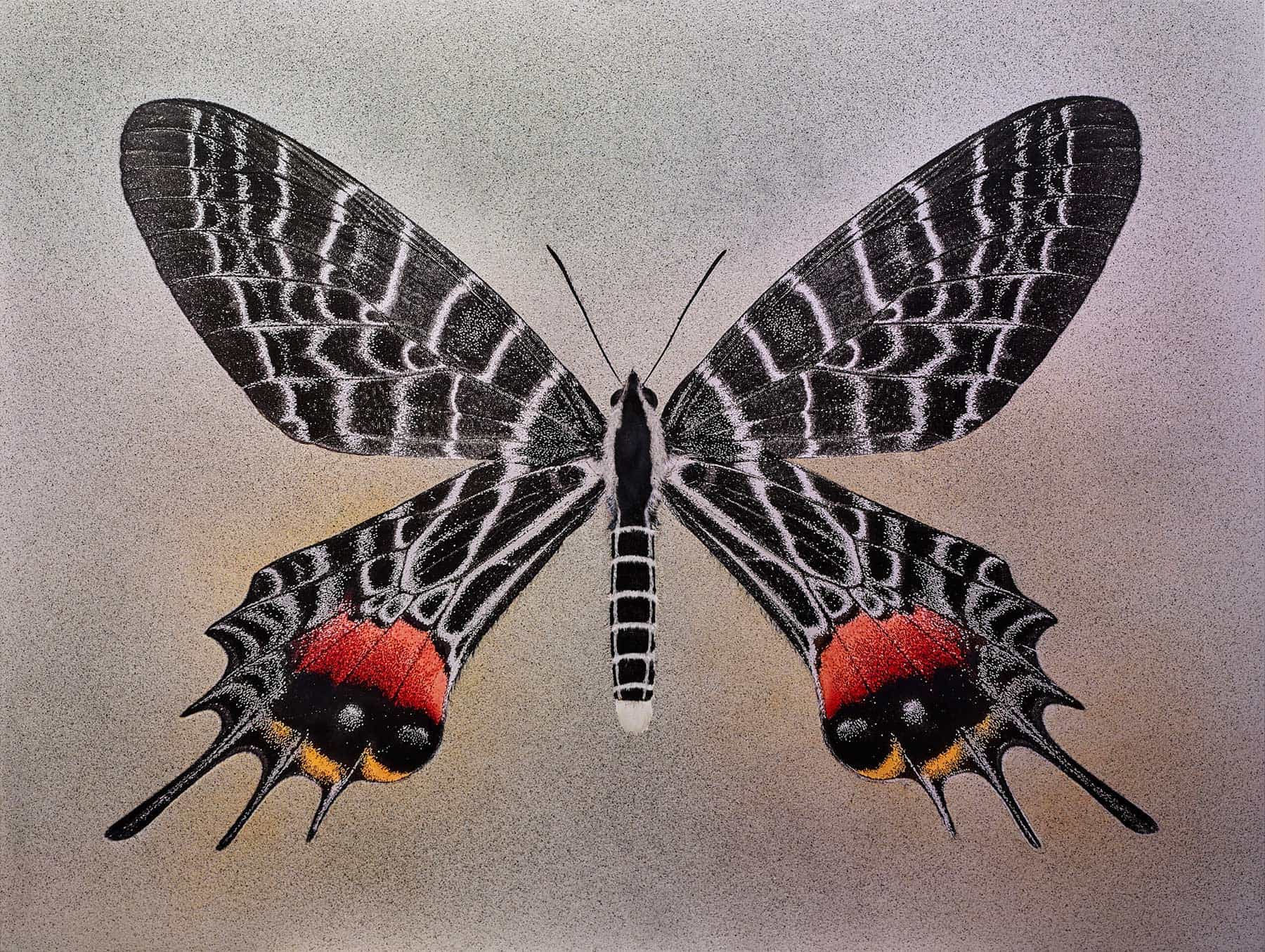 This is a spectacular butterfly with a wide distribution across Asia, including Northeast India, Yuenan, Northern Thailand, Burma and Bhutan. It was named after Robert Lidderdale (1835 - 1908), who served as a doctor in the Bengal army and marked it as 'special' within his collection. Following a large forest fire in the Chiang Mai province of Northern Thailand, this particular species was almost wiped out. As a result this sub-species was considered particularly worthy of protection by the World Conservation Organisation (IUCN) and received a trade ban in compliance with the Washington Convention.

Its size is formidable with a wingspan of 10-12cm, while male and females are uniform in size, shape and colour.

Between the months of August and September the butterflies breed and fly high up into the mountains, in order to feast on the umbelliferae (umbrella shaped wild flowers of the carrot, celery and parsley family), between 1500 and 2500 meters.

The slow, mystical and elegant flight of the buterflies is reminiscent to that of a dry leaf being rocked back and forth in a thermal between treetops. A surprise rain shower stops them in flight and they rest on a leaf, covering their coloured eyespots with their forewings.

They lay their eggs from mid-September to October in egg piles on the underside of the leaves of the Aristolochia griffithii, the kaempferia, the Aristolchia manshuriensis, the tree peony shimadaijin and the debilis. The caterpillars are blackish with wart-like spots on the fuselage while the pupation takes place between fallen leaves.

Habitat destruction is the main threat to these beautiful butterflies. However, their unusual shape, distinct colouring, size and rarity, makes them attractive to precious butterfly collectors and retailers, with prices fluctuating between $1300 to $6000 each. The subspecies lidderdalii is legally protected in India under Schedule 11 of the Wildlife Protection act. 1972.